Think we need Trident? You hypocrite!

“We cannot compromise on our national security, we cannot outsource the grave responsibility we shoulder for keeping our people safe, and we cannot abandon our ultimate safeguard out of misplaced idealism.That would be a reckless gamble; a gamble that would enfeeble our allies and embolden our enemies; a gamble with the safety and security of families in Britain that we must never be prepared to take.”

“We’re discussing eight missiles, 40 warheads with each warhead believed to be eight times as powerful as the atomic bomb which killed 140,000 people in Hiroshima in 1945. We’re talking about 40 warheads, each one with the capacity to kill more than one million people. What is the threat that we’re facing that over a million people’s deaths actually deters?… I do not believe the threat of mass murder is a legitimate way to go about dealing with international relations.”

Are you someone who favours keeping our nuclear capabilities? Then please consider the potential hypocrisy you are faced with.

This week parliament chose to renew trident by a majority of 355. For somebody who believes in nuclear disarmament this was a depressing result.

However, Ronnie Cowen, of the Scottish National Party, posed a challenge argument that had already struck me as very true and I believe it highlights a great degree of hypocrisy and contradiction in our support for trident.

“To say the world is safer with nuclear weapons is akin to saying there would be less gun crime in the United States if there were more firearms.”

Many people I have debated with about nuclear disarmament over the years stand by our need for trident as a deterrent and security necessity in the face of a dangerous and continually changing world. However, often these same people have no objection to slamming American’s for their desire to own guns and for the mass murderous fall out that seems to follow!

Every time there is a gun crime in America we are quick to condemn the third amendment, yet we ourselves are willing to be armed as a nation with a weapon far more powerful than a gun. A weapon our prime minister has proudly admitted she is willing to use and which if we did, would quickly outdo decades worth of statistics for death from gun crime.

One of the main arguments in favour of the right to arms in America is that they are the best way to protect innocent people in a very violent and unpredictable world. Sound familiar?

Here is a quote from prominent philosopher, author and gun owner Sam Harris, who believes just that;

‘Like most gun owners, I understand the ethical importance of guns and cannot honestly wish for a world without them. I suspect that sentiment will shock many readers. Wouldn’t any decent person wish for a world without guns? In my view, only someone who doesn’t understand violence could wish for such a world. A world without guns is one in which the most aggressive men can do more or less anything they want. It is a world in which a man with a knife can rape and murder a woman in the presence of a dozen witnesses, and none will find the courage to intervene….A world without guns, therefore, is one in which the advantages of youth, size, strength, aggression, and sheer numbers are almost always decisive. Who could be nostalgic for such a world?

This sentiment could so easily be replaced with our need for nuclear weapons.

Gun ownership comes out of an understandable fear to protect ourselves and family at any cost. But it also feeds into a problem where society begins to trust violence over peace.

We must see the comparisons here!

One of the main arguments for trident is that it will stop atomic bombs being used at all, the bomb prevents bombs, just like the guns prevents guns. And yet all evidence would suggest that guns do not prevent guns. Similarly, having a nuclear weapon has encouraged more and more nations to develop their own nuclear capacity.

So is America in a cycle that makes it impossible to control gun ownership, just as the world seems to be a never ending reliance on nuclear weapons that Governments or societies are unwilling to stop?

But you may argue, Guns are used every day, Nuclear weapons are not!

It would only take one country to use their nuclear weapon to make the whole world forget guns in an instant. And the truth is we have form. In fact the way we consider ourselves as the ‘good guys’ in this debate present us as a nation of hypocrites, being one of the only countries to have ever  actually dropped an atomic bomb.

Let’s not stand and mourn the loss of life on the anniversary of the bombing of Hiroshima and Nagasaki if we cannot believe in a world without the need for Trident. What tribute do you give the thousands of dead, injured and ill people that we are remembering.

It may seem impossible to consider as a comparison, but it bares little difference to the idea that modern Germany could condemned the holocaust, but still see a benefit in keeping concentration camps in working order, just in case they could be of use.

So let’s stop teaching our children to remember with grief something we are not willing to give up ourselves.

And if, like Teresa May, you say I am an idealistic and naive? Well remember, Jesus never criticised idealism, but he had plenty to say about hypocrisy.

Trident and the vote to renew it visit BBC 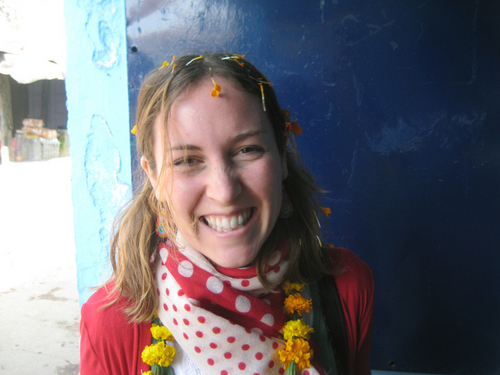 APF member Lucy Barbour is a mum of two beautiful children. Before having children she studied a master’s degree in Peace and Reconciliation at Coventry University and is passionate about finding ways for the Anglican Church to focus more on Jesus’ message of Peace and non-violence
It's only fair to share...

Donate to Peace. Peacemaking in the world

This website uses cookies to improve your experience while you navigate through the website. Out of these, the cookies that are categorized as necessary are stored on your browser as they are essential for the working of basic functionalities of the website. We also use third-party cookies that help us analyze and understand how you use this website. These cookies will be stored in your browser only with your consent. You also have the option to opt-out of these cookies. But opting out of some of these cookies may affect your browsing experience.
Necessary Always Enabled

Any cookies that may not be particularly necessary for the website to function and is used specifically to collect user personal data via analytics, ads, other embedded contents are termed as non-necessary cookies. It is mandatory to procure user consent prior to running these cookies on your website.